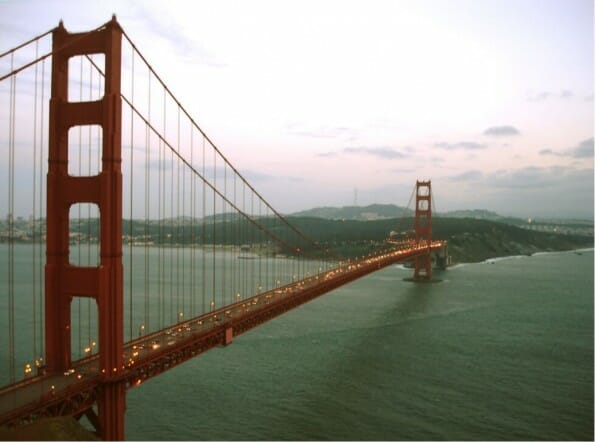 She felt the need to go home. Lauren’s mom and stepdad recently moved into a new house on beautiful northeast Georgia land. Her dad and his family created a home in Atlanta. Lauren lived San Francisco, feeling like it was time to pay them all a visit.

Lauren called her friend Alexis. California born and bred, she hadn’t visited many other states and had never been on a big road trip. It was time.

Lauren and Alexis figured doing a couple Roadie gigs would help cover gas expenses and add a sense of serendipity to their adventure. They felt excited to go through Telluride and Breckenridge, where they planned to pick up two pairs of skis and a globe. Without much money, using Roadie would be a great way to fund their cross-country road trip. Seemed like a no brainer.

Telluride had always been on the map for Lauren, and with this Roadie gig, she finally made it there. The two women made it to beautiful downtown, surrounded by mountains and snowcaps. Lauren picked up two pairs of skis (what else?) and decided to continue onward. That night, they would treat themselves. The money from Roadie helped them pay the way.

Day three found them in Breckenridge. Lauren and Alexis picked up the next Roadie package, a globe from a shop called Marigolds. The shop owner told them about meeting the man who purchased the globe. She said the Sender had made it his goal to spread the word about Roadie, while his globe rode shotgun with them to Atlanta.

Cargo on board, the duo prioritized doing as many unplanned, exciting experiences the rest of the drive.

Lauren and Alexis arrived, and as they crossed into Georgia, each of them looked back on the journey. Everywhere the girls stopped, they met fascinating people — all with stories. Lauren and Alexis ended up telling them all about Roadie. Like in Muskogee, Oklahoma. In Moab, Utah. In Denver, Colorado. And all the way in Kansas City, Kansas.

Coming home for a visit as a Roadie Driver did more than pay for the gas from California to Georgia. It connected Alexis and Lauren to people in the towns across America, starting conversations and creating memories.

The dup had a great experience, and look forward to the next time they can #RoadieOn!

Save time & money with Batch Delivery

For small businesses sending multiple deliveries each day, the cost and time spent scheduling and managing each delivery...

For Cheese Me’s Neakyn Boroujerdi, delivery is where the rubber meets the road

How one small business owner built a company, survived a pandemic, and mastered home delivery with Roadie....