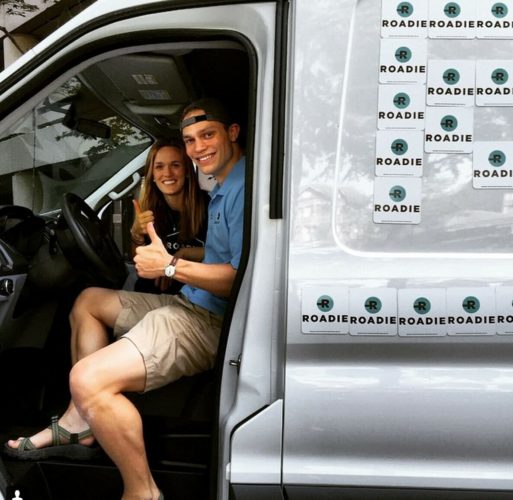 This was the first time Matt and Maria had ever hit the open road for a road trip, and they were headed out with a sense of adventure and a laundry list of things to do. They would conquer the East Coast, traveling from Atlanta to New York and back.

The couple had exciting plans like eating a real Philly cheesesteak, taking a selfie at the top of the Empire State Building, and seeing a presidential candidate in D.C. To make it happen, Matt and Maria knew they needed help paying for their road trip.

Traveling by van over more than 2,000 miles created the perfect opportunity for the couple to use Roadie. They would make money for a trip they were already taking and get to help people send their stuff. So, with 10 Gigs to deliver and about $680 to earn, Matt and Maria set off on the open road.

Snacks in hand, they got started. They picked up Gigs for MoveLoot in Atlanta and headed to Charlotte and Raleigh to hand-deliver them. One leg of the trip down, and they had already made $93. 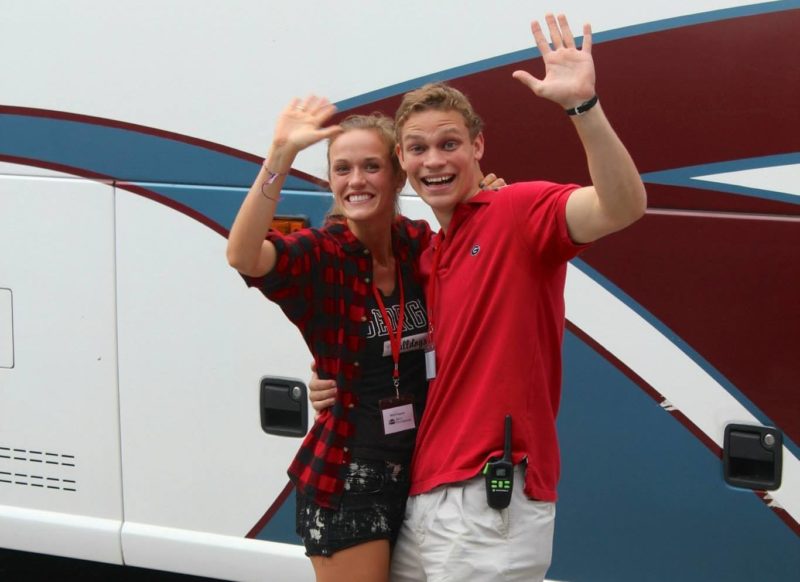 They spent the night at a friend’s house, and then hit the road for Charlottesville, Virginia. On the way, Matt and Maria faced one of the biggest traffic jams they’ve ever seen. Rather than idling away in their car, the duo saw the perfect opportunity to make the trip a little more pleasant for other people on the road. Roadie koozies, water bottles, magnets, t-shirts — you name it, Matt and Maria delivered it to their fellow drivers.

In Charlottesville, the couple picked up a dining set (a table and six chairs!) for delivery more than 100 miles to the Sender’s sister in Washington D.C. They were even able to make a few extra bucks for helping the family clean out their basement.

The next morning, Matt and Maria stopped at a Waffle House to enjoy some #freewafflelove and distribute a little more Roadie swag to their fellow breakfast diners.

Their next stop was to pick up two leather chairs headed for New York City…where they found that navigating the streets with an XL van turned out to be a bigger challenge than actually hand-delivering the Gigs. But every challenge was an adventure for Matt and Maria. They made the most of it by venturing to Times Square to pass out a little more awesome Roadie swag. The scene was a little like Mardi Gras! At one point, more than 25 frenzied freebie fanatics circled the van, hands outstretched, ready to snag their Roadie swag and wear it proud.

It was time to point the van back South. But first, Matt and Maria picked up a Gig for Jimmy, a Sender who wanted to get some of his old stuff to his parents’ house in Atlanta. Jimmy saved more than $1,000 sending his boxes through Roadie instead of using a mover. And the intrepid couple earned some sweet cash just by driving some stuff somewhere they were going anyway.

Song of the South

It was time to head back. Being from Sweden, Maria had never been to D.C., so Matt and Maria spent the day exploring the ins and outs of the nation’s capital. From national monuments to the National Mall, the couple traveled through as much of the city as they could. They even picked up a few Gigs along the way. 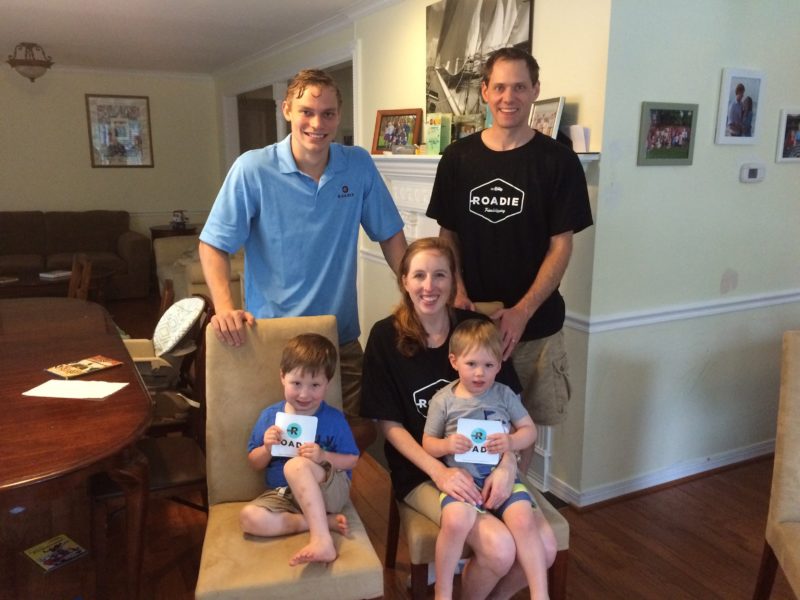 Matt and Maria woke the next morning rested and ready to make the 10-hour trek home from D.C. back to Atlanta. They arrived late at night, and melted into their beds. The next morning, when they completed their four pending Gigs, they closed the chapter on the most fun (and most lucrative) #RoadieTrip ever!