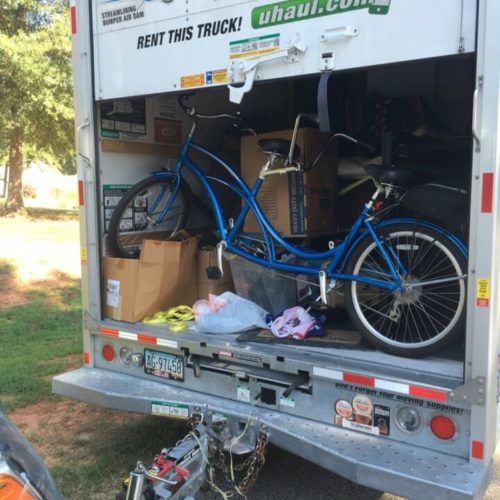 While we’re clinging to the last weeks of summer, the Roadie community has been in full force. Ellis the Sender found his cat Oliver a forever home, then Greg achieved his dream of owning a tandem bike.

Before we head into fall, check out some of our favorite Gigs in August.

When Ellis found a cat on the side of the road in Florida, he knew he couldn’t leave it behind. He fell in love with how sweet the cat was toward him. Instead of taking him to a shelter, Ellis took him home and named him Oliver.

There was one problem. Ellis’ apartment didn’t allow pets.

His son quickly agreed to take Oliver in. So, Ellis posted a Pet Gig to send Oliver to his son’s house in Virginia — 752 miles away. With the help of Katherine, Oliver traveled from father to son in just two days. That week, Oliver arrived at his new home to open arms and a brand new family.

Henry has been racing remote control sailboats ever since he retired, and he’s loved every minute of it. Lately, Henry has been looking for a new boat for competitive voyages.

He found one nestled away in Fayetteville, North Carolina, but didn’t want to go through the hassle of crating and shipping the sailboat. Plus, another shopping service has broken his fragile boats in the past. So, he turned to Roadie to try something new and felt confident knowing Gig insurance protected his sailboat.

Within the hour, driver Anthony already accepted the Gig and was happy to help Henry get the boat to Florida 582 miles away. When Anthony arrived, he and Henry grabbed a quick beer before heading their separate ways and parting as friends!

Roadie delivers stuff, but we also carefully handle pets. David Hitchcock loves dogs and the open road, so naturally, he hopped right on the opportunity to be a Pet Driver in our community. After his friend told him about Roadie, David waited six weeks before finding a gig that was a good fit for him. His 2016 Nissan Altima wasn’t great for the oversized, bulky items, but it was perfect for two beagles heading to their new home in Minnesota.

Along the way, David played them Christian music, stopped for a lot of walks, and even made time for playing in the park. When David dropped off the pups, the owners of the 40-acre farm invited him in to rest up for the night. They even offered David breakfast before getting back on the road. 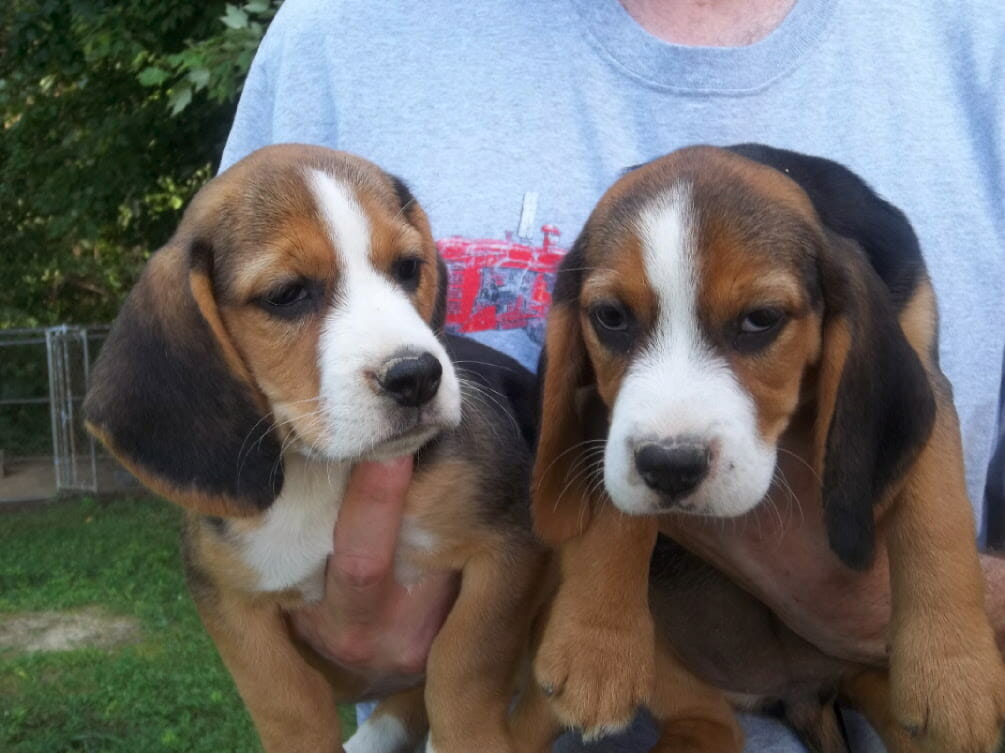 Greg is a Pennsylvania native who heard about Roadie through his college buddy, Val. After buying an extra-long tandem bike on eBay, he knew he was taking a risk because the seller indicated, “Local Pickup Only.” Oops.

Greg set up a Gig to get his new toy from North Carolina to his family’s home in Newton, PA. From logistical arrangements and communication with the eBay seller to speedy delivery to Greg himself, his Roadie driver Ken handled everything. 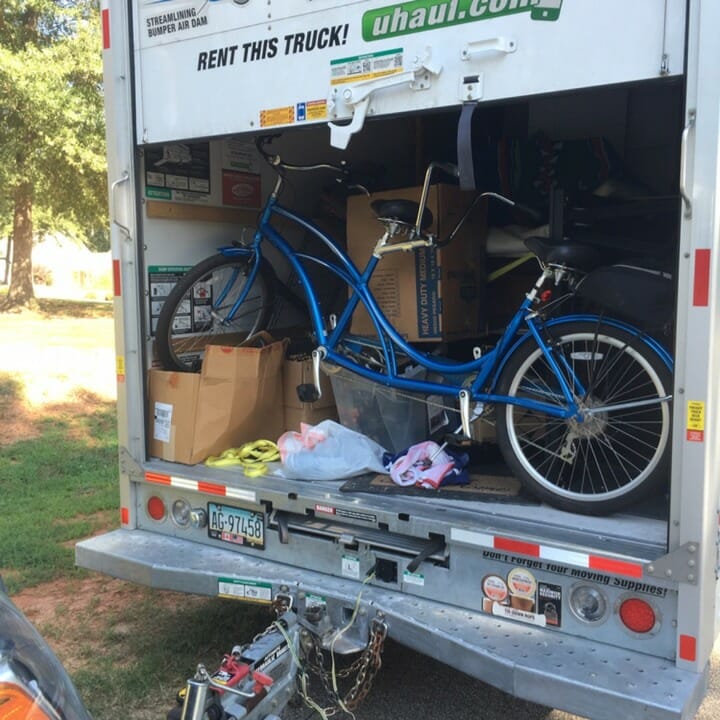 Patrick is an emerging artist who gets contacted by people all over the country that find his work online. Usually, he’ll spend a day crating his oversized, heavy artwork to get it where it needs to go. An average piece sells for around $1,000, and it can cost up to $700 to send one of his pieces.

Sometimes, customers happily buy the art, but then rescind the purchase because it would be too expensive to ship. Even when a customer is willing to pay for an expensive traditional shipper, it still may not happen. Patrick once dropped off a piece to a traditional carrier that called him two days later to tell him they couldn’t ship his piece. Surprised, he asked, “Isn’t shipping what y’all do?”

In his words, Roadie is a game-changer for emerging artists. In a market where shipping often costs as much or more than a basic piece, it didn’t make economic sense to sell anywhere but locally. He can now reach customers all over the country because Roadie makes it easy for him to post, load and deliver his prized pieces wherever a customer is willing to pay for them. Plus, he saved more than $300 with Roadie than if he shipped with a traditional carrier. 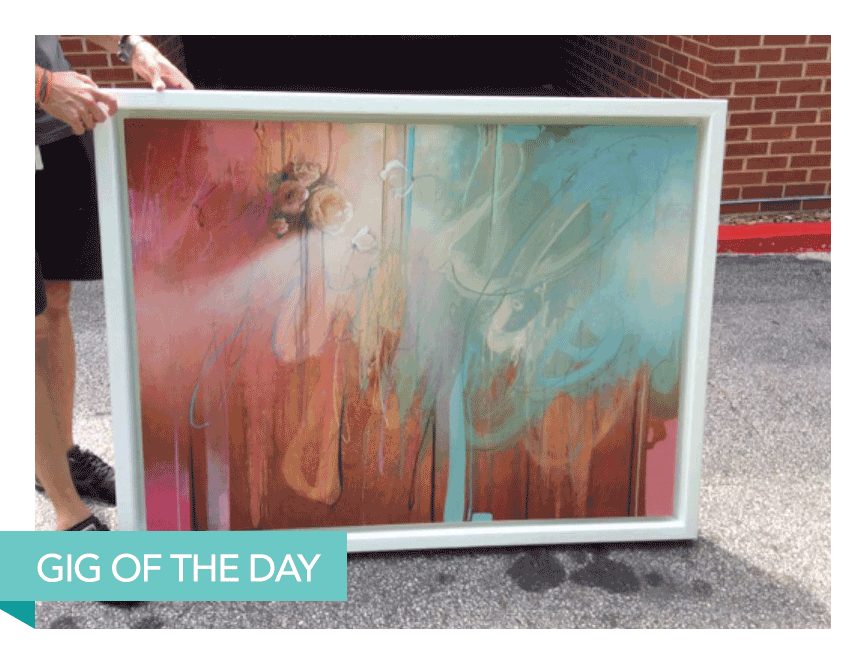 Prashant drives with Roadie when he takes road trips to visit customers up and down the east coast. He has delivered long-distance gigs to North Carolina and Virginia, but never had a use for Roadie as a Sender until now.

When leaving Atlanta, he realized he left his suit at home in Greenville. Prashant had meetings with clients the next day and didn’t want to spend five hours driving back to Atlanta.

So, he set up an urgent gig and hoped for the best. That day, a Roadie driver Kimberly came to the rescue and delivered his suit to him before he went to sleep that night.

Restoring Your Faith in Humanity

Meredith is a 26-year-old, self-proclaimed millennial who loves listening to Pop Culture Happy Hour every week. Last week, she heard about Roadie on the podcast shortly after purchasing a peacock chair (yes, a peacock) from one of her favorite Instagram accounts.

After contacting the seller, she found out that shipping the chair would have been $150, which was more than she paid for the chair itself! She figured she would eventually make it up to Dallas to pick it up, but was not looking forward to spending the time and effort to get her chair.

Then, she remembered Roadie. She posted a gig and Brandon, a college student on summer break, offered to help her out for $87 — and in her words, “it pretty much restored my faith in humanity.” 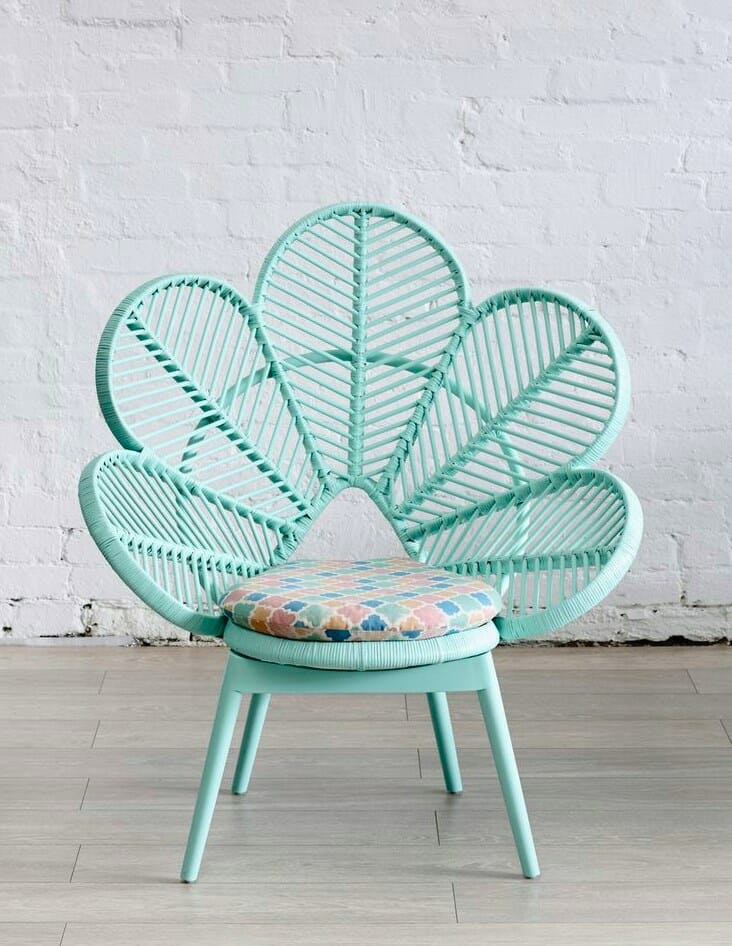 Ever heard of a rocking snail? Well this one has been in Mary’s family for almost three decades. Her husband Michael made it for his youngest daughter while undergoing cancer treatments about 25 years ago.

Michael survived cancer, and the snail became a family legend. Since then, it’s been passed down from grandchild to grandchild. When the newest addition to the family came along this summer, it was time for the snail to make its trail from Oregon to Arizona. Since Mary had already successfully used Roadie once to send a bed to her daughter, she trusted us to take good care of her beloved snail. She chose us over a traditional shipper because “you don’t know if they care, or if they’ll just throw your stuff around,” and she wanted to hand it to someone she could trust. 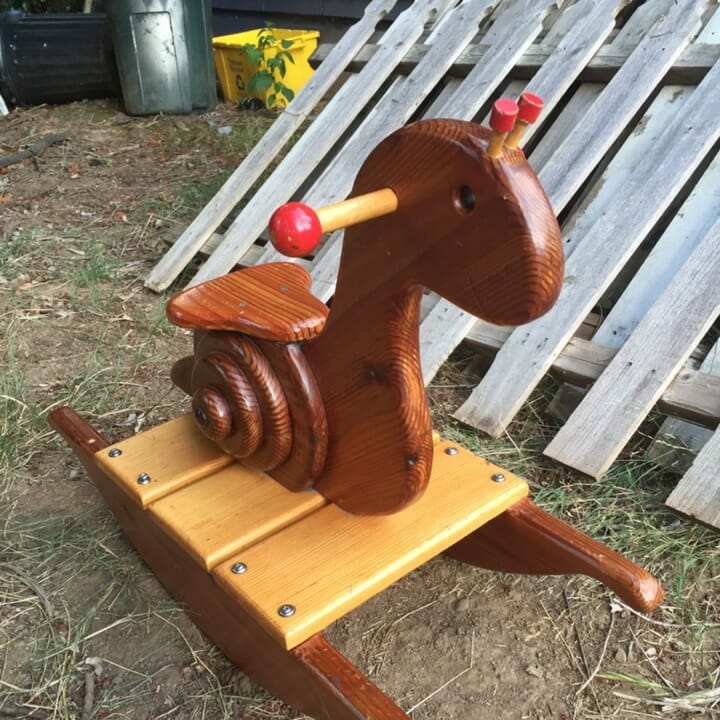