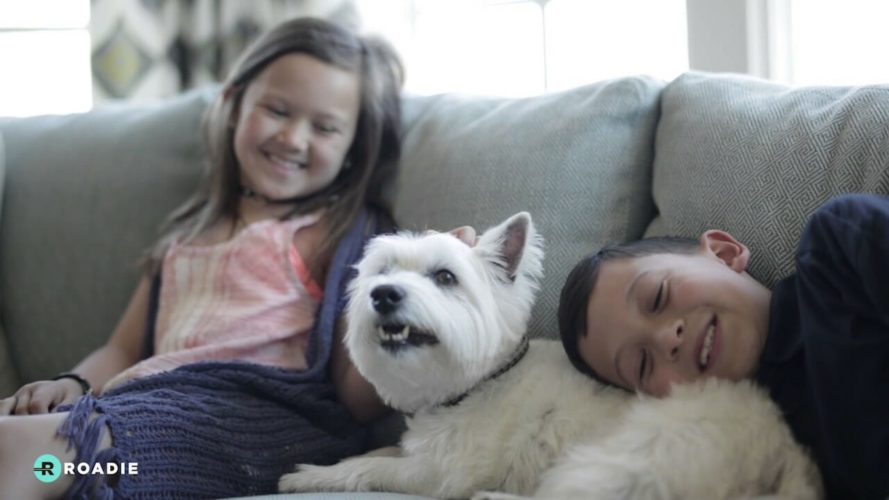 Happy National Pet Day! We’re celebrating all day long by sharing a few of our favorite pet stories from the Roadie community. Some of our furry friends are big, some are small, and yes, some are smelly — but all of them are worth barking about.

A couple months ago, Chau’s friend in Florida passed away and left behind a beloved West Highland Terrier puppy named Casper.

Unfortunately, nobody stepped up to take care of Casper, so he was taken to a local kill shelter. Within the day, Chau and his wife decided to rescue the pup before the shelter planned to put him down. But with only a few days to spare, they needed a fast, affordable way to bring Casper to their home in Atlanta.

Chau, who also heads up an Atlanta-based tech startup named Hirewire, thought of Roadie and posted a Pet Gig. Within the day, Chau received three offers from Pet Drivers heading that way. Casper was picked up and delivered to their new home in Atlanta thanks to a Roadie Driver named Jonathan.

“Casper wants to be with you… he’s really an affectionate dog, if you will. He’s really perfect. If we could have four dogs just like him, we’d rescue more dogs.” — Chau N.

Safe in his new home, Casper has become a beloved member of Chau’s family and has become best friends with their other Westie, Kingston.

“When you rescue a dog as opposed to buying one at the pet store, it really is a different kind of feeling. You’re saying ‘I’m going to care for you, and I’m going to give you a better life.'” — Chau N.

Saving Oliver from the Side of the Road

When Ellis found a thin, scared-looking cat on the side of the road in Florida, he couldn’t leave him behind. The cat was so sweet and wanted to be cuddled. So instead of taking him to a shelter, Ellis took him home and named him Oliver. There was just one problem. Ellis’s apartment didn’t allow pets. Ellis lamented to his son that his new furry friend needed to go, and his son quickly agreed to take Oliver in. But another hitch – his son lived in Virginia, 752 miles away. Ellis posted a Gig for cat shipping, and Driver Katherine happened to be heading that way. She delivered Oliver to his new home. And Ellis enjoys seeing his furry little buddy when he FaceTimes with his son’s family.

When Lanielle and Juan moved to New York, they left their bulldog Ella with Juan’s parents in Miami while they settled into their new home and took stock of their new surroundings. When it was time to have Ella join them, Lanielle realized she couldn’t fly Ella up there because most airlines won’t accept brachycephalic breeds such as bulldogs and pugs.

Traditional pet couriers wanted $1,600 to bring Ella from Miami to New York, and that was way outside of Lanielle’s budget. Then there was another twist – Juan’s family had a conflict arise and couldn’t take care of Ella anymore. Lanielle did some Googling, and Roadie popped up. A couple days later, Driver Mark was heading to Connecticut and offered to give Ella a ride. Lanielle was delighted that she could track Ella and Mark’s progress as they moved state by state. Better yet, the cost of shipping a dog with Roadie only cost $300.

April and her cat Pepper go way back, seven years to when Pepper was a tiny kitten. He’s a sweet little guy, always looking for a scratch and a purr hello. Unfortunately, April’s boyfriend was terribly allergic, and Pepper needed to be re-homed.

She met a friendly guy named Jim through GoKitty, a matchmaking site for cat adoptions, but he lived in San Francisco – 450 miles away from where she lives. April got quotes for cat shipping — one service wanted $800 and another quoted $400. 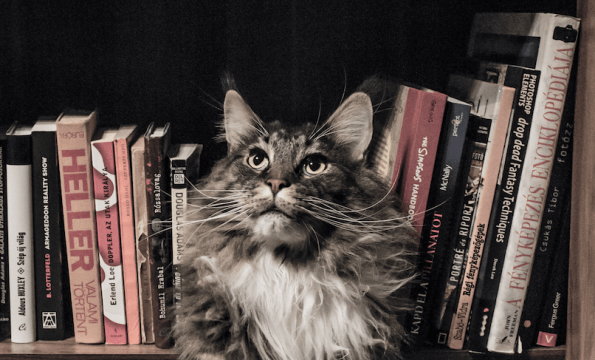 April heard about Roadie’s cat shipping and posted a Gig. She was delighted to see it would only cost $160. Driver Makala happened to be driving from Las Vegas through California toward San Francisco and accepted the Gig. She sent April updates, and Pepper was united with new dad Jim. April and Jim keep in touch, and sometimes April can hear Pepper’s familiar purr in the background, all thanks to Roadie.

Celebrating National Pet Day isn’t just about honoring our fuzziest family members, but also shining a light on pet adoption. If you’ve been looking to adopt or rescue a pet, check out some of our favorite organizations below — and let us know if you need help getting them home.