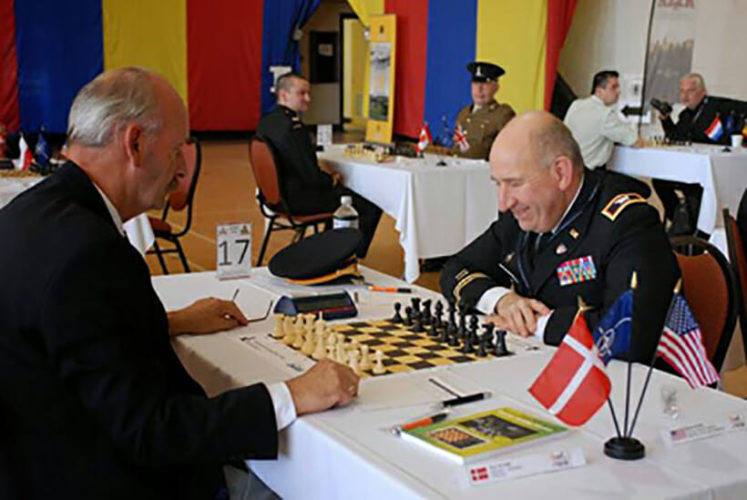 From college students and soccer moms to young professionals and retirees, Roadie drivers are a diverse bunch who just happen to have a little extra room to deliver your stuff where it needs to go. This month, we’re featuring one of our Roadie Rockstars — our Roadie of the Year, David Hater! He’s a Roadie Driver who has gone the extra mile, who takes the time to gets to know people he works with, and who put not just miles, but his heart into the Roadie community.

We sat down with David to congratulate him on Roadie of the Year,  learn more about him, and why he loves driving with Roadie.

First, congrats on Roadie of the Year! We seriously can’t thank you enough for all you do for our community. And we were wondering why you chose to become a Roadie Driver in the first place.

I travel around the country directing chess tournaments.  I drive well over 30K miles a year, some of which gets reimbursed by my company, but some does not.  Roadie looked like a great way to make some extra money on long haul runs.  For city gigs, I started because I wanted to build a profile so that I could get selected for long haul gigs. After that, I just kept doing it.  I am retired and when I am not traveling or directing tournaments, doing local gigs is a way to fill time and make a few extra dollars.

Tell us about your favorite Roadie experience or a Gig that you have done. What was so special about it?

I am probably close to having done 1000 gigs.  A few of them stand out in my mind.  I drove a dog named Belle from Atlanta to Hilton Head Island.  The dog was very friendly and I stopped a couple times to play with the dog.  Also, seeing how happy the family was to have their pet was pretty cool.  As far as a long haul gig, I had a trip to New York several months ago.  On the round trip, I picked up something like 5 gigs.  I made enough on the deliveries to pay for my trip!  On the local gigs, I have done a few jobs for a lady that bakes custom made cakes.  Obviously, these require some amount of care.  These jobs are normally jobs that are not on my way. This lady uses it as a delivery service and has tipped the driver both for good service and because she understands this was a special trip.  If you take care of the customer, they tend to take care of you – especially repeat customers.

One of my favorite Gigs has to be when I drove a dog named Belle from Atlanta to Hilton Head Island.  The dog was very friendly, and I stopped a couple times to play with the dog.  Also, seeing how happy the family was to have their pet was pretty cool.

If you could drive anywhere, where would you go?

Las Vegas is one of my favorite places to visit.  Sometime I would not mind just driving across the country and seeing sites along the way.

We think you are an amazing member of the Roadie community. Any advice you have for other Roadie drivers?

There are a number of things I have learned.  First, Roadie is built on the assumption that you were going there anyway. If you are going to sign up for a gig that causes you to go out of your way, you need to think through it and determine that the money you will make is worth it.  When I first signed up, I would sign up for almost any gig in the city and found myself doing a lot of driving for minimal compensation.  The second piece is related to the first.  When you accept a job, it is a commitment and you need to honor it.  Sometimes things go horribly wrong (i.e. stuck in traffic) and you wish you hadn’t signed up for the job.  You still need to keep your word to the customer even if you are going to wind up losing money on this one gig.  T

“When you accept a job, it is a commitment and you need to honor it.”

he third thing is also related.  When things go wrong, keep in touch with the client and/or Roadie Pit Crew.  Most clients will accept things going wrong provided it is an infrequent occurrence and you keep them informed.    My final piece of advice is keep a sense of humor (sometimes you will need it) and practice The Golden Rule.  There are times customers will try your patience (for instance sometimes they send you to the wrong place or sometimes they don’t have the delivery code ready).  If it is a minor inconvenience, just deal with it.  Remember sometimes you will make a mistake or something beyond your control (traffic) may inconvenience the client.  You want them to be understanding when things go wrong on your end, so you also need to be understanding when things go wrong on their end.

I unfortunately have to admit that I eat a lot of fast food.  I am on the road literally more than I am home.  I try to choose healthy once in a while but admit that I don’t often succeed.  When I am in a hurry, I like to get a chicken sandwich.  My favorite sit down meal if I want to reward myself is probably steak and lobster.

What are your top three favorite road trip songs?

My music tastes run to country, especially classic country.  I don’t know if I could pick three.  As far as road theme songs, I have several:  “On the Road Again” has to be a top choice.  “I’ve been Everywhere Man” also makes the list.  A real Golden Oldie is Roger Miller’s “King of the Road: and John Denver’s “Country Roads (Take Me Home)” is great too.  During the holidays, my favorite is “You’re a Mean One Mister Grinch.”

If you could drive across the country with a celebrity, who would it be? Why?

I don’t get overly excited just because someone is a celebrity.  In my jobs, I have met many celebrities in the worlds of entertainment and chess.  I try to relate to them as a person, not necessarily someone to be idolized.  As with anything else, some celebrities are pleasant to deal with and some are not.  My interests are chess, poker, and country music.  From the world of chess. I would probably pick Magnus Carlsen or Fabiano Carauna because I have never met them and maybe I could learn something.  From the world of poker, Daniel Negreanu for the same reason and because he is very entertaining.  From the world of country music, Aaron Tippin, Darryl Worley or Charlie Daniels because for all three I really like their music and they are genuinely nice guys and pretty easy to deal with.

If you could send anything, anywhere, what would it be?

Me on a cruise ship around the world.  😊